The Boat Race respects the water in partnership with the RNLI 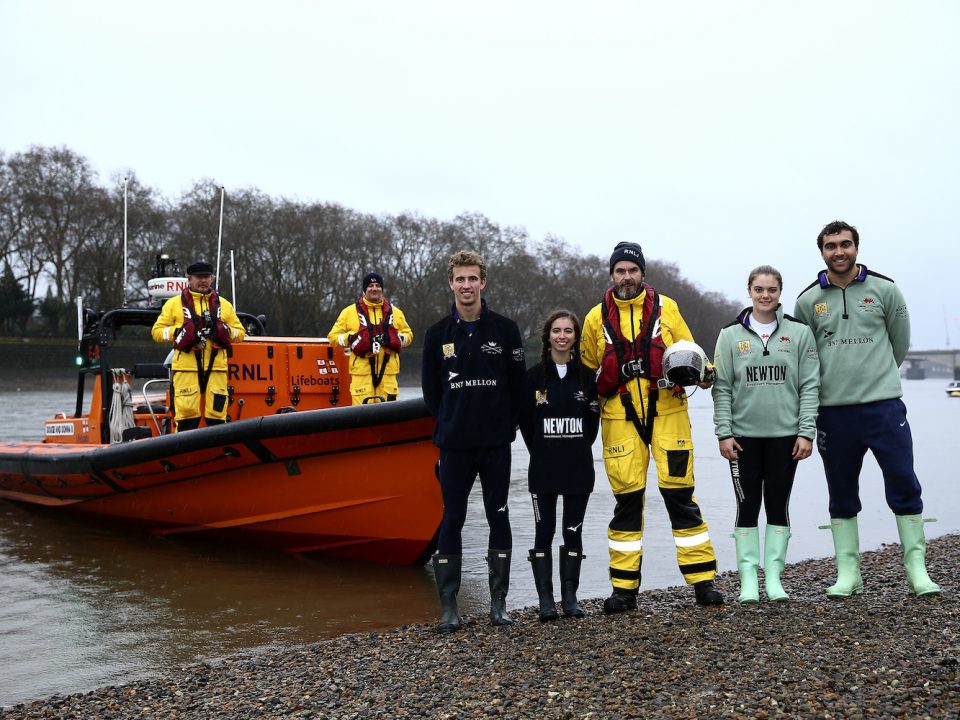 The Royal National Lifeboat Institution (RNLI) has been announced today as the Official Charity partner of The Boat Race 2019.

The partnership will increase awareness of the RNLI’s flagship ‘Respect the Water’ drowning prevention campaign and aims to raise funds to support the Thames’ lifesaving service. All funds raised through the partnership will go towards essential crew training at Chiswick Lifeboat Station. In addition, the RNLI’s Community Safety team will be working with venues along the course to train staff on water safety such as the throwline initiative, which has been rolled out to other riverside pubs and clubs along the Thames to help save lives.

Since 2002, the RNLI’s Chiswick Lifeboat Station has supported The Boat Race with its E-class lifeboat. Working not only to look after The Boat Race crews and those on the water, but also the safety of the thousands of spectators that line the banks of the River Thames on race day. In 2016, the RNLI bolstered its lifesaving service with the addition of nine Arancia-class lifeboats crewed by lifeguards; these are strategically positioned along the Championship Course to keep the public safe during the incoming tide.

Gareth Morrison, Head of Community Engagement at the RNLI, said, “We are honoured to be The Boat Race’s Official Charity for 2019 and look forward to building on our existing 17-year relationship to keep water users and spectators safe on Race day. It gives us a great platform to reach new audiences with our ‘Respect the Water’ messaging, and to raise awareness of the RNLI on the Thames, whilst also generating vital funds. Working alongside other Search and Rescue services with a range of prevention initiatives in 2017 and 2018 we avoided any water-related incidents and will strive to maintain this record on Race day in 2019.”

David Searle, Executive Director of The Boat Race Company Limited said: “We are looking forward to working with the RNLI as our Official Charity Partner in 2019. The support they’ve offered to The Boat Race over the years has been fantastic and this is now our chance to give something back.”

Teams are already in the thick of training for The Boat Race on Sunday 7th April 2019. The Women’s Boat Race will begin at 2.15pm and The Men’s Boat Race at 3.15pm.