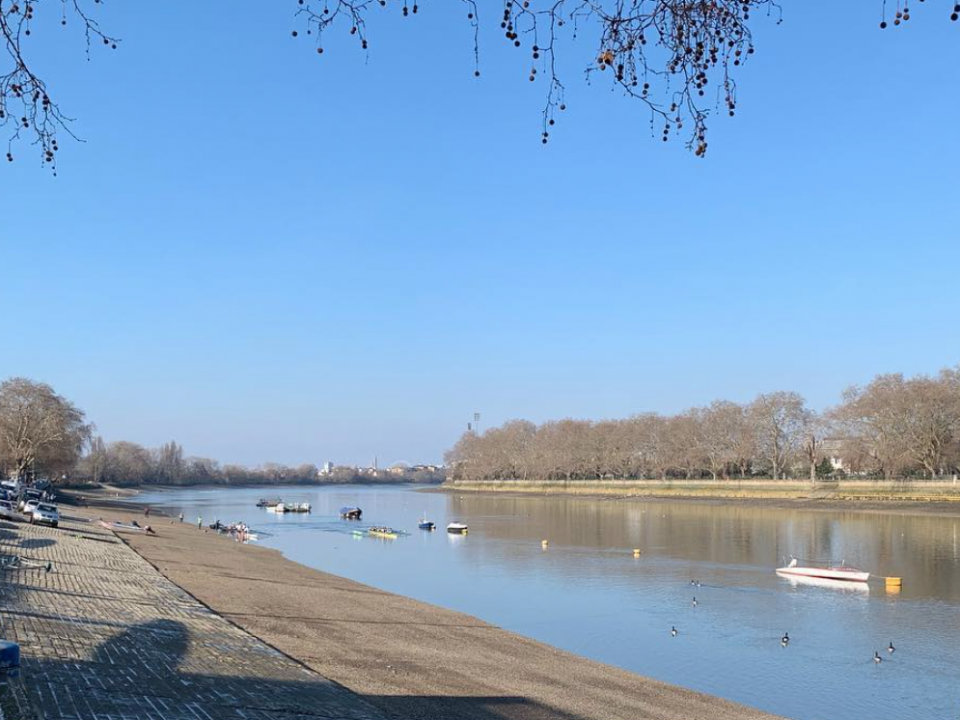 As Tideway week reaches its climax, rowers, coxes, coaches and umpires faced the media for the final time ahead of this year’s Boat Race. The press conferences provided the world’s media with the opportunity to quiz members of the respective Boat Clubs ahead of Sunday’s race.

Oxford Women’s cox and President Eleanor Shearer alongside Head Coach Andy Nelder spoke favorably about this weekend’s weather conditions. The Tideway course is famed for its unpredictability and challenging conditions, but this Sunday should provide relatively flat conditions for the crews.

This year’s Cambridge Women’s President Abigail Parker has not been selected for the Blue Boat. As a result, Captain Larkin Sayre joined Head Coach Rob Weber and Cox Hugh Spaughton for media duties where Weber explained how the Cambridge crew are not being complacent or taking anything for granted. Throughout the week, Cambridge have been striving to make improvements and build on what they learnt during their winter racing: “There is nothing we can do about the opposition. We’ve gone up against some really top crews in Head races and we lost a couple of our fixtures,” said Sayre. Since moving into their Boat Race house, the whole crew have cooked together and have been enjoying watching films which has helped to keep them all relaxed ahead of race day.

Having made the transition over to the men’s squad, Cambridge Head Coach Rob Baker is feeling confident along with the rest of the crew. President Dara Alizadeh echoed the sentiment of his coach: “We just want to race. We have a group of racers, it’s sort of like an X factor. Everyone relishes being side by side. They don’t shy away.” Baker also praised his 2-man, James Cracknell. The two-time Olympic gold medalist brings a wealth of experience to the Light Blues, however, alongside the experience comes significant media attention. “James doesn’t seek it out. The guys understand it would be a part of the year and they have dealt with it well. I have met no one better at compartmentalising and focusing on the task in hand than James.” Cox Matthew Holland recalled being slightly star struck upon coxing the Olympian during their first session but after the first couple of the strokes, he knew James was just another member of the crew. Alizadeh also reflected on the upcoming clash with one of his former athletes. The Cambridge President coached at Winchester College in 2017 where he coached the Oxford 5 seat, Tobias Schroder. “I’m not surprised at all he’s sitting there. I’m not going to underestimate him at all. I know what he’s capable of.”

The Oxford men have described this last week’s practice on the course as a very important learning process which has seen lots of good progress. Coach Sean Bowden was not afraid to shy away from the fact that preparations have not entirely gone as planned. We were not fast enough in our fixtures. They showed a mismatch in how fast we went compared to how fast we have the potential to go.” As a returner from last year’s loss, Oxford’s President Felix Drinkall is ready to reverse the result from 2018 and move on from some difficult fixtures: “I’ve tried to do my best and use my experience from last year and as a junior, as well as Sean’s

experience as well.” With regards to competing against James Cracknell, Drinkall made it clear Oxford are here to beat Cambridge regardless as to who is in their crew.

Both Umpires were also interviewed. Richard Phelps will be umpiring the Women’s race and Rob Clegg the Men’s race. Both umpires explained how important it is getting to know the crews and particularly the coxes at various fixtures and at Trial Eights. Traditionally, coxes are more likely to be aggressive in Trial Eights as there is far more on the line in this Sunday’s race. That being said, neither cox will be giving anything away to their opposition at the weekend.