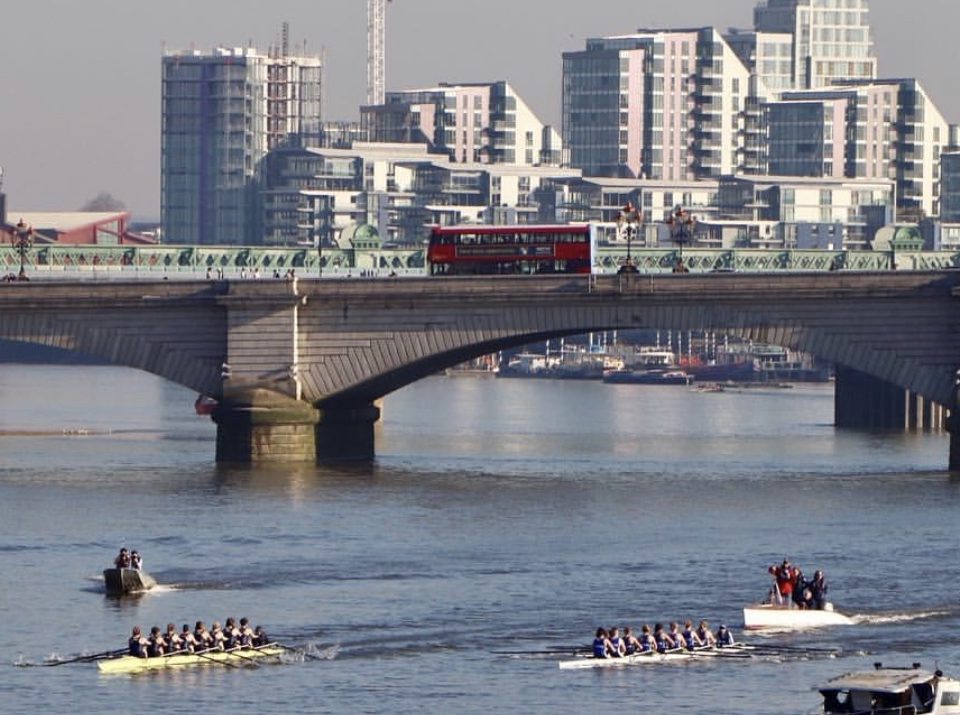 As the winter days start to lengthen once more and clubs return from their winter training camps, Boat Race attention returns to the Championship course on the Tideway as the various crews partake in their respective fixtures. A fine Sunday afternoon saw Oxford University Women’s Blue Boat take on Imperial College London across three five minute pieces.

Imperial College won the toss and elected to have the Surrey station. The first piece commenced in the shadows of Putney Bridge and it was Oxford who seized the early lead, moving out to around a length lead over the home crew. Umpire, Richard Phelps put his flag to work early on as he warned Oxford and then subsequently Imperial before the end of the Putney Embankment. Oxford began to dominate Imperial and as both crews passed Fulham Football Club, Oxford had clear water and stretched this out to a commanding lead closing in on the finish just before Harrods depository. Oxford won the first piece by four lengths.

Piece two began around St. Paul’s School, past Hammersmith Bridge. Imperial started with a one-length headstart over their opposition. However, despite this and having the bend advantage, Imperial were unable to hold off Oxford as they drew level after two minutes of racing. Oxford were again warned for their steering at the end of Chiswick Eyot, but they continued to make light work of Imperial and moved in front by three lengths by the end of the piece.

The final piece saw the two crew switch stations, with Imperial now on Middlesex and Oxford on Surrey. This time Oxford started half a length down as the crews started at the bandstand. In similar fashion to the second piece, Oxford worked hard to move beg level with Imperial despite taking the outside line. Not for the first time, Richard Phelps warned Oxford for their aggressive steering but this time both crews clashed blades shortly after going under Barnes Bridge. With two minutes to go, Oxford moved across and in front of Imperial and began to wash their opponents down. Another dominant row from Oxford resulted in a victory of three and a half lengths.

This Oxford crew put together three very strong pieces which resulted in very little side by side racing. It is a fixture that will give them a real confidence boost as The Women’s Boat Race looms with just six weeks until Race day.