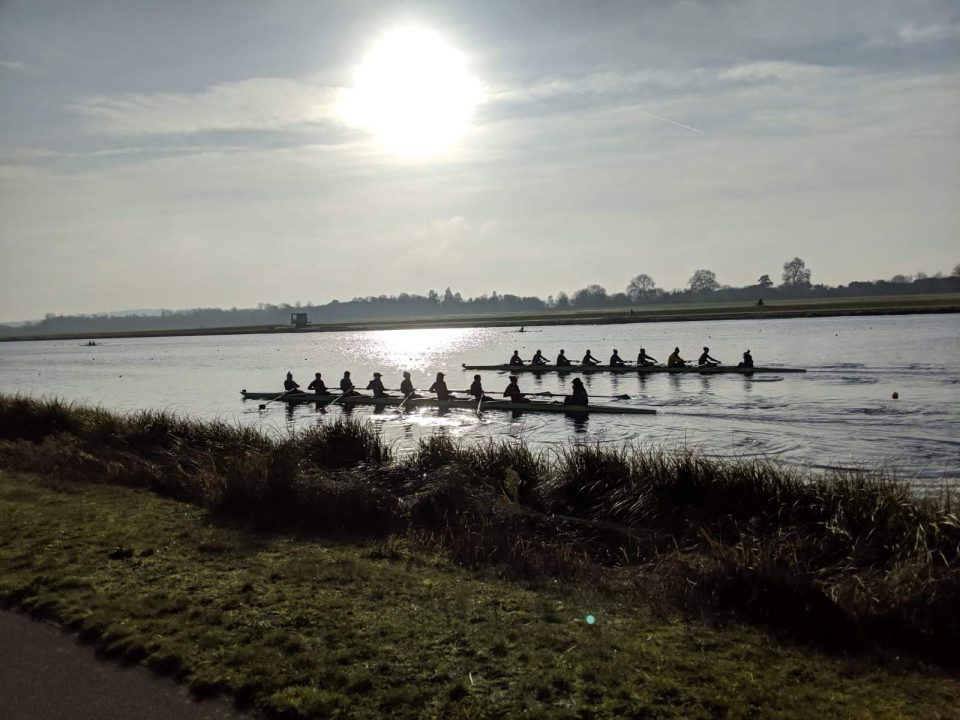 We started out the 2020 Boat Race campaign in September 2019 with a diverse group of people, some internationally experienced rowers, 7 returners from last year, college rowers from Canada to New Zealand and many “homegrown” athletes from the 2019 Development squad.

After a couple of weeks of productive training in small-boats and a successful start of term, we had our first challenge of high-water levels on our homestretch in Wallingford. We mastered the challenge with tough sessions on the ergo, rows at Dorney Lake and multiple trips to the Tideway early on in the year. Combined with the daily challenges that we face as student-athletes, this has made us grow together enormously as a team.

“Despite the high-water level we’ve really benefited from the extra gym work and more one-on-one teaching in the rowing tank. I’m excited for the remaining weeks of the season as we form crews and look forward to our fixtures ahead of the Boat Race” – Katie Anderson (Osiris 2019)

Our autumn racing season consisted of Upper Thames Regatta, where we won in the eight, then Four’s Head where we had a victorious coxed four and finally a well-fought Trial Eights race with a 6 second margin between the boats. Beyond racing, we’ve had our fair share of competition during training, be it battle-paddling against each other or sweating together during ergo intervals.
The new year has started with the river and weather being kind to us allowing us to hold our training camp in beautiful Wallingford and make use of our generous rowing facilities. We increased the mileage of our water sessions, sorted out line-ups for the eights, did technique and video-analysis as well as team talks.

With every week approaching the Boat Race the willpower and motivation in our squad grows and flourishes. The common goal of winning the 2020 Boat Race is firmly in everyone’s mind and makes us push harder and be better than we thought we could be.
“Trial Eights was a fantastic race for everybody this season. The week leading up to the race had a similar feel to Tideway Week and with many people being new to the squad this year it was an invaluable learning opportunity as well as being great fun!” – Elsebine Bolier (Vice-President)

Ahead of us now lies the start of a new academic term, a series of physiological tests and seat races to form the fastest crews, many weekend trips to the Tideway and numerous test races. We’ll soon compete at Quintin Head, where we will meet the Cambridge eights for the first time. After that we’re looking forward to getting race practice in three fixtures against several national and international crews to practice various race scenarios and then build up for our best performance on the 29th of March.