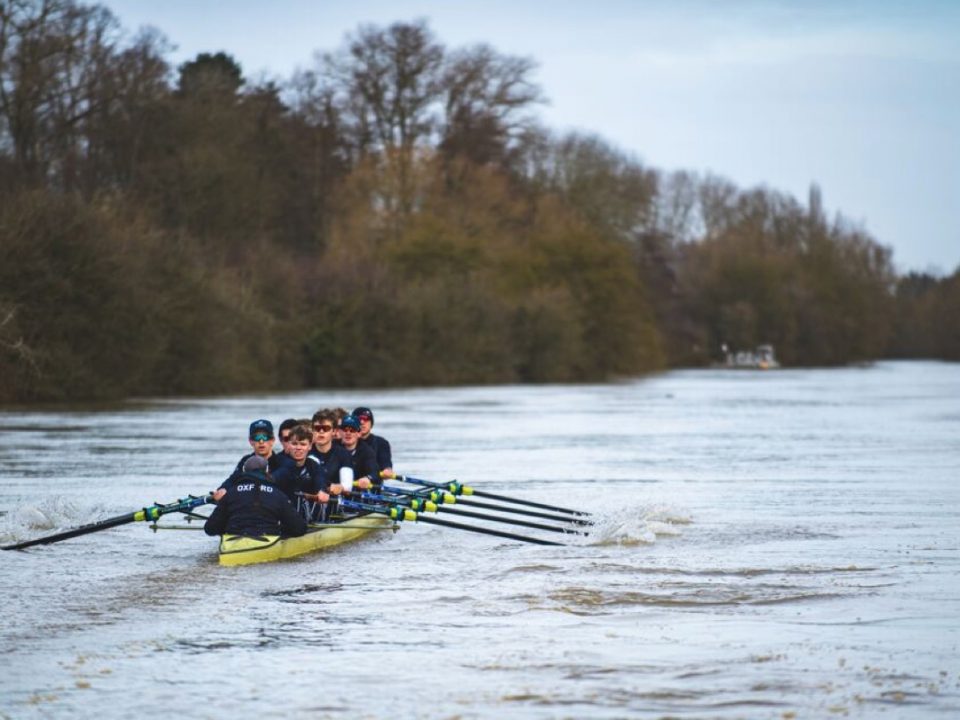 With The Boat Race barely a month away, the squad has moved into high gear. The time for fixtures is upon us. The thought of racing is no longer a distant memory but a reality.

The Blue Boat’s first fixture against Leander in January demonstrated the current crew’s eagerness to race. It also served as strong encouragement for what was still to come. The current lineup has stepped on continuously in training and presents itself as a strong contender for the crew nomination.

Selection though, is never over. Physiological testing on ergs and pieces against the clock keeps every man on his toes. With Isis also putting out some strong performances in training, the final lineup is far from being locked down. The official crew announcement is still weeks away, and even that is not necessarily a guarantee of selection.

With storms rolling in one week after the next, the ability to take on adversity has been tested on a daily basis. Our home stretch in Wallingford, now a raging torrent, has meant that we have had to spend more time away from home, on the Tideway or at our second base in Caversham. While the longer journeys, high winds and fast currents are challenges that add themselves to an already long list, they also help push us further from our comfort zone.

Next weekend will see us race against our neighbours, Oxford Brookes in the most anticipated fixture of our season. Performances here will greatly influence the run up to The Boat Race as it will be our most significant challenge yet.