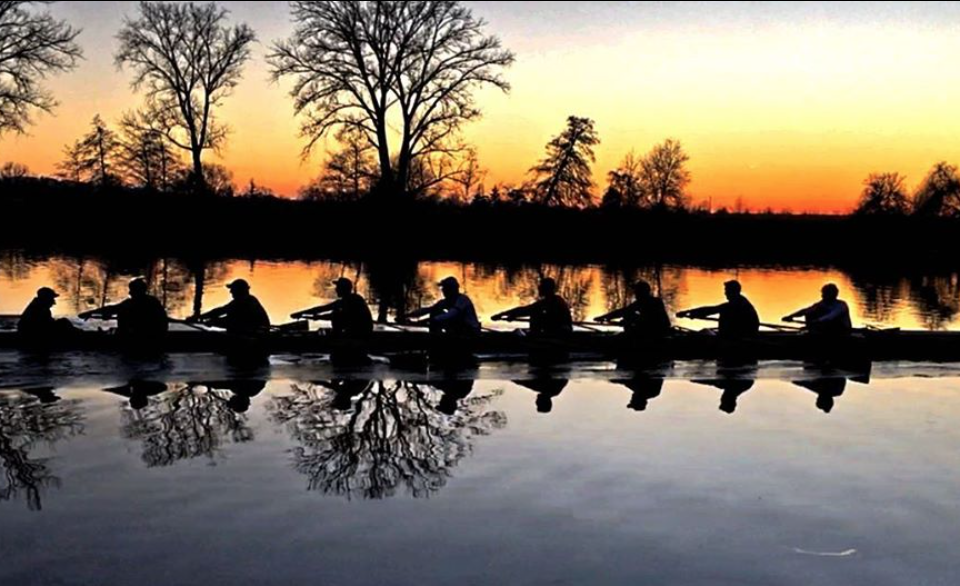 The OUBC have just made it back to Oxford after a successful 10 day camp in Temple-sur-Lot. The team makes it’s yearly trip to this remote part of France for its long, uninterrupted stretch of flat water, as well as its seclusion.

While the season started many months ago, training camp
marks the beginning of a new chapter in The 2020 Boat Race campaign, one which is much more fast paced and intense. Here, the first iterations of a Blue Boat lineup are tried, tested, tweaked and tested again. Off the water, sessions are interspersed with discussions and video analysis. As much time as possible is devoted to consolidating the skill and accelerating the technical progress of the squad.

Training camp is also a moment for the team to bond and strengthen ties. All hours of the day are spent with teammates, with the highlight of most evenings consisting of B-rated movies followed by hours of discussions around often questionable topics, found only when rowers are stuck together for too long. The combination of spotty internet, fatigue and distracting teammates keep work to an absolute minimum. Frustrating for some, but liberating for most.

With term starting up again next week and the added load of academia being felt anew, building on top of the foundations developed during camp will be crucial in carrying the team forward into the racing season. Returning to the flooded, fast flowing Thames will also pose its own challenges to training.

The coming weeks will see the squad put out a top eight for the first time this season against Leander for our inaugural fixture. Our performances here be used to point out strengths and weaknesses in our crews, build confidence and test characters when put under pressure.

With only two and a half months to go, the energy, excitement and pressure are all starting to build, with each day bringing us closer to our goal.