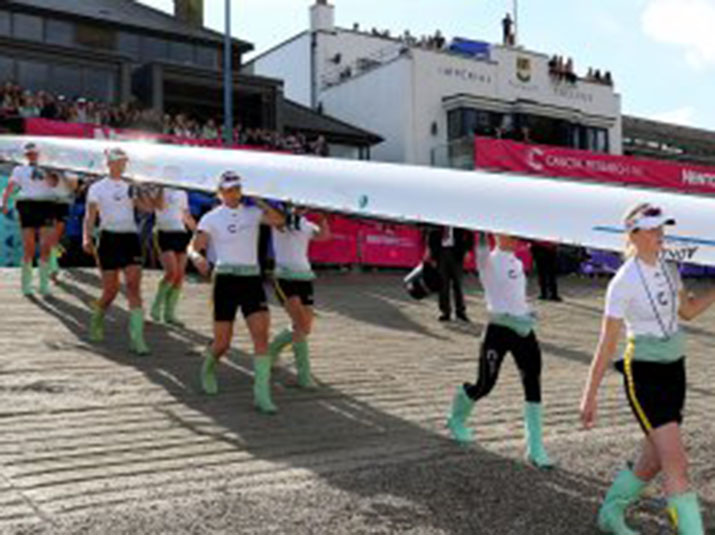 On Sunday 2nd April Osiris and Blondie took to the river for the second women’s reserve race on the Tideway, which was displaying some of the calmest conditions seen in the past few weeks, with little wind and flat water throughout the course.

After a very impressive 7th place WEHORR result for Blondie, they were the strong favourites coming into the race today, but it was Osiris won the coin toss this morning, picking Surrey as their station, with Blondie taking Middlesex.

Unfortunately Osiris didn’t have their best start, giving Blondie an immediate edge as they headed off the starting blocks, which, combined with having the steering advantage, led them to take a strong lead just a minute in. Blondie continued to build on this advantage coming up to the milepost, where they were already up on Osiris by about two and a half lengths.

As the course took its bend around Hammersmith, Blondie took advantage of not being pushed onto the outside of the bend, due to the clear water they had on Osiris, and the margin of clear water between the two crews continued to increase. By the time the crews were coming past St Paul’s, it was clear to see that, barring an unexpected disaster, Blondie were likely to take the win.

Blondie continued rowing a strong and confident rhythm in the second half of the race, with little pressure from Osiris, who struggled to reduce the finishing margin between the two crews.

The final verdict was a 13 length victory for Blondie with a time of 19:06, faster than the previous course record set by the Oxford Blue Boat in 2015.