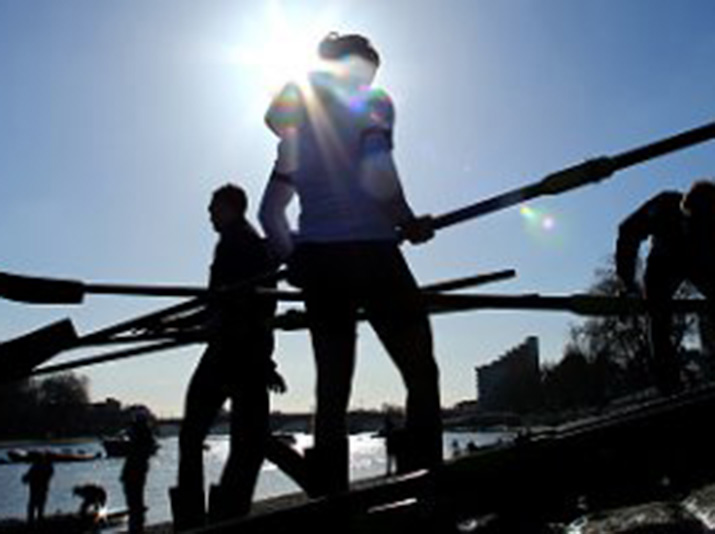 Following internal elections at all four Clubs the Presidents for The Boat Race 2017-18 season have been chosen.

Fresh from a disappointing defeat in the 2017 Race, OUWBC elected former club rower, Katherine Erickson to the position of President. The third-year DPhil candidate only discovered her talent for the sport upon arriving in Oxford from Boston (USA) to pursue a MPhil in Modern British and European History in 2013. Initially Katherine learned to row at Pembroke College Boat Club, then going on to spend a year trialling with OUWLRC before joining OUWBC where she was a member of Osiris in the 2016 Boat Race season.

As part of the fieldwork portion of her DPhil in postcolonial Ugandan religious architecture and visual sculpture, Katherine has spent the last six months living in Kampala but is looking forward to returning to Oxford to complete her studies and hopes to lead OUWBC to victory in the 2018 Race.

Commenting on her new role, Katherine explained “I am so excited to return to OUWBC for the 2018 season, and am thrilled and honoured to do so as President. I am deeply indebted to the Club, which has introduced me to this incredible sport and nurtured me as both an athlete and a person. I expect the year ahead to not be without challenges, but I look forward to the task.”

Fellow American, Daphne Martschenko, is also returning to her club after a year away, but for the Light Blue side. Elected as President of Cambridge University Women’s Boat Club, Daphne rowed in the 2015 Blue Boat and the 2016 Blue Boat, which infamously nearly sank during unprecedented tumultuous weather conditions.

Daphne’s passion for the sport began at high school and grew throughout her undergraduate degrees at Stanford University in Medical Anthropology, Slavic Studies and Russian Language. Daphne arrived in Cambridge in 2014 and read for a Masters in Politics, Development and Democratic Education. Now she is studying for a PhD at Magdalene College.

Striving to build upon what CUWBC named as its ‘strongest squad ever’ in 2017, Daphne said “I am very excited to spend another year with the CUWBC working towards a successful 2018 Boat Races Campaign. It is truly a great honour to help lead the squad forward, building upon previous seasons and the learning experiences and successes that stand behind every Boat Race.”

Following their triumphant win in the 2017 Race, OUBC will be hoping to carry on the winning momentum under the presidency of Iain Mandale. Iain discovered his passion for rowing at Kingston Grammar School and has rowed for Thames Rowing Club, Imperial College Boat Club, Leander Club and OUBC.

An accomplished reserve crew rower, Iain has won the Isis-Goldie race three times between the years of 2013-2015. Having read Physics at Mansfield College for his undergraduate degree, Iain has returned to Oxford, this time to study for an MBA at the Said Business School.

Commenting on his new role, Iain said, “I’m honoured to have been elected as President of OUBC for this season. I’m looking forward to working with a committed team of athletes toward the 2018 Boat Races.”

CUBC’s President for the 2018 season will be Hugo Ramamabason. Unusually Hugo is not a rower, but a coxswain. Hugo coxed Goldie in 2015 and 2016 before beating experienced Blue Boat cox Ian Middleton to the seat in 2017. Now going into his fourth year at Trinity College, Hugo is studying Chemical Engineering.

As a cox he is used to decision making and hopes to lead the Light Blues to victory after a disappointing defeat in 2017. Hugo commented, “It’s a great honor to have been elected to this role by my teammates. Competing for CUBC has defined my time at Cambridge. I’m incredibly excited to have the opportunity to lead a strong squad through the 164th Boat Race campaign.”