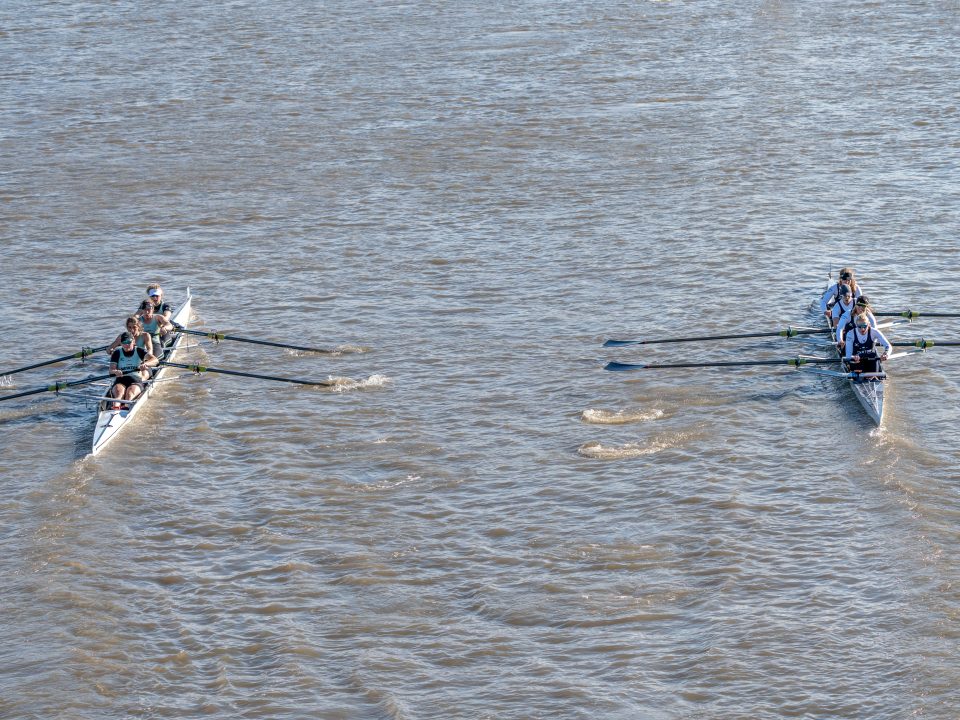 The Fuller’s Head of the River Fours marks one of the few times that athletes from all four Boat Race squads compete directly against each other. Fours Head is an important race in The Boat Race calendar as it is raced on the championship course, albeit backwards, which renders it an important indicator of a squad’s speed early in the season.

In the men’s categories, Cambridge University Boat Club (Goldie BC) and Oxford University Boat Club (Isis BC) were evenly matched and took home a win apiece. Goldie raced the four coxed crews which they took to the British Championships in October, along with a new coxless outfit which did not feature any returning Blues or Goldie members. This boat took the win over Isis by 0.4 of a second.

Isis BC ‘A’, a coxed four, featured Oxford’s president and returning Blue, Felix Drinkall, claimed a narrow victory over the Light Blues by 1.8 seconds, ending a Goldie winning streak stretching back three years.

Cambridge University Women’s Boat Club (CUWBC) had five crews racing, made up of three coxed fours and two coxless boats. Their top coxless four (Cambridge UWBC ‘D’), unchanged from the British Championships where they took home the win, went on to do the same at Fours Head. CUWBC also achieved victory in the Challenge Coxed Fours.

Oxford University Women’s Boat Club (OUWBC) took three coxed fours in total, one of which raced time only; this was their first competitive outing as a squad having not fielded any boats at the British Championships. The two clubs only raced directly against one another in Championship Coxed Fours, where Oxford defeated their Light Blue counterparts.