First Test for the Blues at The Fours Head 2021 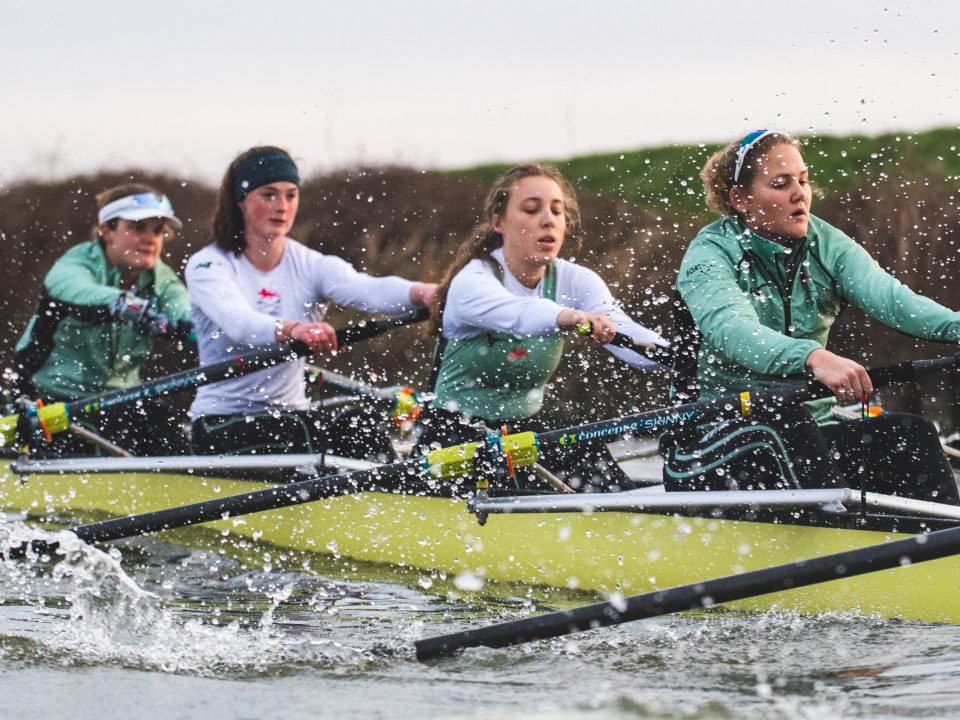 This weekend Oxford Women, Cambridge Men and Cambridge Women will race in quad sculls, coxed and coxless fours from Chiswick to Putney in The Fours Head.
The Fours Head is the premiere autumn Head event held annually on The Tideway of the River Thames in London. The event helps prepare the crews, from Oxford and Cambridge University Boat Clubs in their bid towards The Boat Race 2022, providing the experience of racing the river. The Boat Race 2022 rowing squads will race against clubs and university crews from all over the UK, with fast and furious action expected on the river. For some students on the squads , this will be the first time they will have raced along The Championship Course, albeit in the other direction, for others it will be familiar performance territory.

OUWBC are hugely excited to line up against the best in the country in this weekend’s Fours Head of the River.

Given the popularity of this event amongst contesting crews, the event reached full capacity within two days of registration opening, which resulted in Oxford Men missing out on a place to compete in this year’s Fours Head event.

“OUWBC are hugely excited to line up against the best in the country in this weekend’s Fours Head of the River. The team missed racing on the tideway last season and are delighted to return to their proper race course . This race will be first contact with Cambridge and an opportunity to see how Oxford measure up at this point in the season. Internally we have extremely fierce competition, and this will be a continuation of that selection process. Our thanks to the Fours Head organisers for their hard work in putting on the 2021 race. We are also deeply grateful to Oxford City Rowing Club who have lent us two boats, allowing the OUWBC to field five crews for the first time.”

410
There are 410 crews racing on Saturday
First race at 10:45am from Chiswick Bridge


CUBC's crews contain a number of 2020 Tokyo Olympians, headlined by Olympic Champion Grace Prendergast and GB 2k World Record holder Tom George, and represent the strongest squad that the Club has had in many years

A statement from Cambridge University Boat Club stated "CUBC's crews contain a number of 2020 Olympians, headlined by Olympic champion Grace Prendergast and GB 2k World Record holder Tom George, and represent the strongest squad that the Club has had in many years."


’'We are looking forward to seeing how we are going at this point in the season, The Fours Head is a marker, we can asses our progress by and see where we stand with other crews in the Country. All of our crews are excited to get back to racing and in particular racing down the Championship course.’’

CUBC Women's Chief Coach Patrick Ryan added further, "I am incredibly excited to see us able to compete in this wonderful event after 2 years away. We're looking forward to some excellent racing against some of the UK's leading clubs and universities as we build toward The Boat Race.'

Laurel Kaye Str Worcester College
Elizabeth Rees 3 St Catherine's College
Charlotte Wittram 2 Lincoln College
Isobel Stuart-Smith Bow Trinity College
Come down to watch the race as there are plenty of great viewing points along the river tow path.
Bring your wellies and an umbrella as it is likely to rain!
For more details about the event and a full entry list use the link to reach the event website.