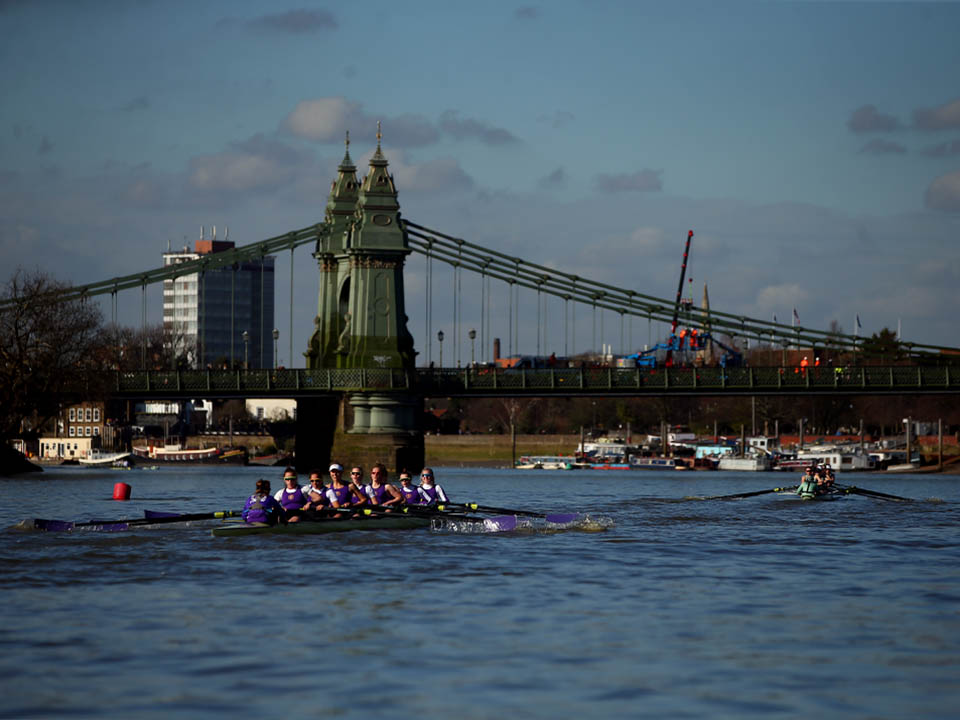 Facing up against a strong crew from the University of London, whom they had beaten convincingly at Quintin Head a few weeks ago, Cambridge started out on the Middlesex bend underneath Putney Bridge. Off the start, it was clear that the Light Blues has a significant power advantage as they stroke out to half a length within 25 strokes. From that point on, their lead never looked in danger as the continued to pull away from a dispirited UL boat. Passing Harrods Depository, the lead was four lengths and, as the fixture concluded underneath the green struts of Hammersmith Bridge, the margin was closer to five.

For the second piece, the crews began at the Chiswick steps under the guidance of Umpire Judith Packer. On this occasion, Cambridge began half a length down but on the Surrey bend, meaning they’d have the advantage as the crews swung around the first corner. Within twenty strokes, the UL deficit was overturned and the crews were level. The strategy for the Light Blues was to break clear as quickly as possible, but UL clung on for dear life, holding Cambridge to a lead of no more than 3/4 of a length around the outside of the Surrey bend. Packer was repeatedly called into action to warn both crews, as they strayed across untraceable lines and into mutual water. Eventually, the power and poise of Cambridge took its toll on UL and the former moved out to a clear water lead passing Barnes Bridge. The remainder of the piece was something of a formality, as Cambridge ran out clear winners. However, the margin failed to tell the story of UL bravery in the opening exchanges of an intriguing fixture.