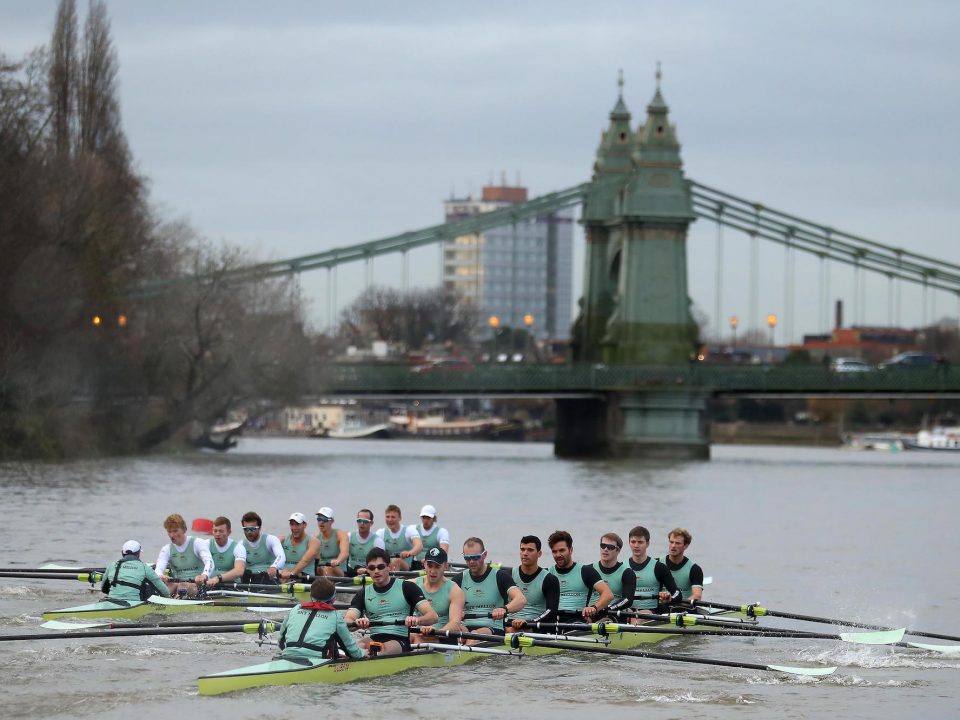 Lancelot vs Roger during Trial Eights

The CUBC Trial Eights saw testing conditions at the start of the race. “Roger” won the coin toss and chose Middlesex.

Roger took the early lead but after warnings from the Umpire Rob Clegg, had to use the rudder to change course. Lancelot took advantage of the situation and got in front, setting the racing line. The crews came very close with overlap between the blades, narrowly avoiding a clash.

By the rime the crews reached Hammersmith Bridge, Lancelot had established a lead of over a length. As they passed Chiswick Eyot, they continued in a steady rhythm and gradually extended the lead.

Being steered by Matthew Holland, who won Trial Eights with CUWBC in 2016 and The Women’s Boat Race in 2017, Lancelot dominated the remainder of the race, crossing the finish line several lengths ahead of Roger.