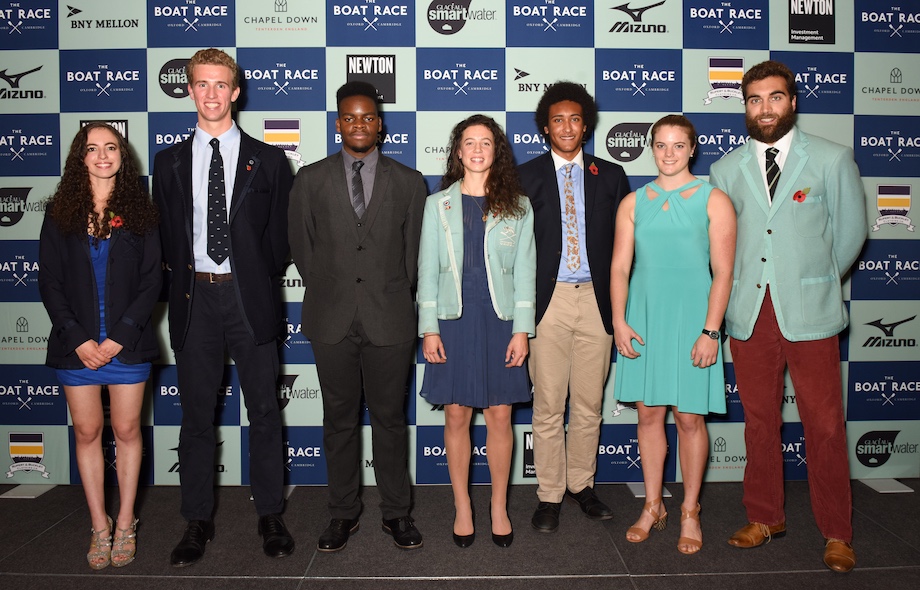 “I accept your challenge.” Four words that symbolise the official start of the campaigns to win The Boat Race. Held in the crypts of Guildhall, the occasion was attended not just by the athletes and their respective Presidents, but also coaching staff, guests of The Boat Race, partners and other key stakeholders.

Hosted by the BBC’s Andrew Cotter, the official formalities of the event saw the Presidents of last season’s losing Clubs challenge their victors. Eleanor Shearer of OUWBC lay down the gauntlet which was duly picked up by Cambridge’s Abigail Parker. Felix Drinkall of Oxford University proposed the challenge, just as his female counterpart did, and Dara Alizadeh accepted on behalf of Cambridge University Boat Club.

As well as the official duties carried out by the Presidents, those in attendance also heard from two-time Boat Race winner and U23 World Champion, Imogen Grant. Imogen shed light on the similarities and the stark differences between preparing for a gladiatorial clash on the Tideway and taking on the world in Poland and then again at the Senior World Championships in Bulgaria. The same mental endurance required for The Boat Race can be transferred into the single scull in order to conquer the world.

Guests also heard from two participants, Christian Acheampong and Schuyler Audley-Williams, of the Future Blues Programme, based out of Fulham Reach Boat Club, on the banks of the Championship Course. The scheme aims to introduce rowing to every school in the boroughs which feature the stretch of the Tideway which Oxford and Cambridge race on. The programme has been very successful in given pupils the gift of rowing as well as providing young athletes with incredible opportunities such as a scholarship to Eton College.