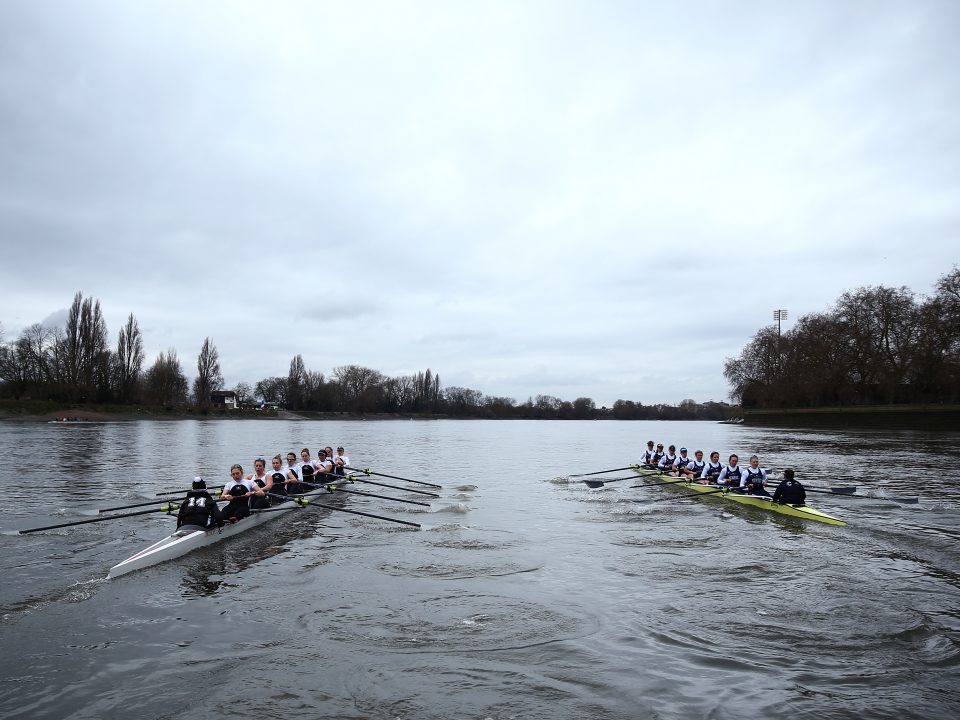 OUWBC today took on Molesey in the last of their fixtures ahead of The Cancer Research Boat Race on March 24th. Sarah Winckless took charge of a single piece from the Start to Chiswick Steps, with Molesey winning the toss and choosing the Surrey Station.

In a crew unchanged from the line-up formally announced on Monday, Oxford managed to gain an advantage off the start despite Molesey getting through the opening strokes quicker. Oxford’s stronger strokes gave them a lead of approximately three seats as the crews passed the boathouses. By the time the crews hit their racing rhythms at the Town Buoy, Oxford were still moving further ahead whilst underrating their opponents and looking to make good use of the upcoming bend to Middlesex.

As the race moved around the first bend, Oxford took a firm grip of the race and moved out to a full length, working hard to gain an open water lead and end any hope of a Molesey victory. The Oxford rhythm remained strong and with encouragement from first-time Head Coach Andy Nelder, they continued to extend their lead passing the Milepost and Harrod’s Depository. By Hammersmith Bridge, the advantage of the Surrey station was lost for Molesey and Oxford led by 3 lengths with the best of the stream.

Once at St. Paul’s a light headwind faced the crews, but neither boat seemed affected. Oxford continued to move away from Molesey and secure a victory at Chiswick Steps by approximately 5 lengths.
Sarah Winckless had little to do once the fixture had passed the Milepost, but Oxford can take confidence from a good win ahead of their main event in a little under three weeks.