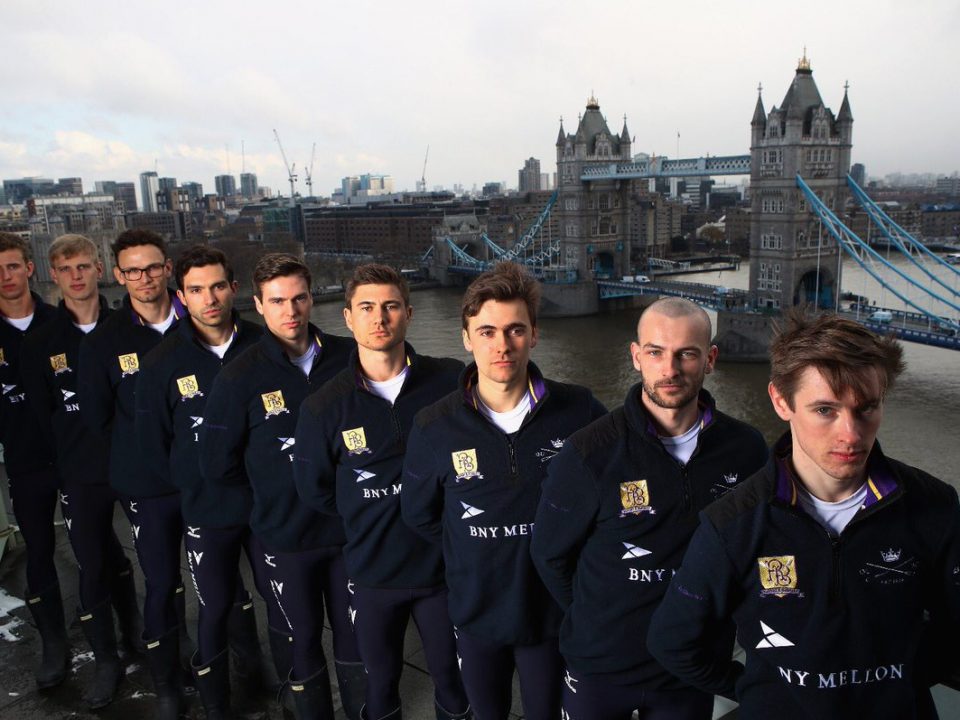 In their first fixture since the crew announcement on Monday, and their last scheduled fixture before this year’s Cancer Research UK Boat Race, the OUBC Blue Boat faced a University of London Boat Club crew that triumphed at BUCS Head last weekend. The fixture took the form of a single piece from the start to Chiswick Steps. OUBC won the toss and chose the Middlesex station.

From the start, Oxford looked to take the initiative, and gained a lead of a few seats before the end of the boathouses. Both coxes were warned by umpire Richard Phelps as the crews looked to settle into the race. As they passed the milepost, Oxford were pushing hard to capitalise on the benefit of the Middlesex station, and pulled out to a lead of around half a length. Approaching the Harrods depository the Blue Boat crew had increased their lead to a length, and the distance to UL continued to grow stroke by stroke.

Oxford moved to exploit the fact that the crews were no longer side by side, and moved to take the best line as the UL coxswain looked to do the same. As the crews angled towards each other, both crews were warned to return to their stations, however there was still some contact between the blades of the UL bow man and the Oxford stroke, Vassilis Ragoussis. Oxford continued to press home their advantage unfazed and by the time the crews had reached Hammersmith Bridge, they had extended their lead to a few lengths of clear water.

With a few lengths between them, both crews moved away from their stations and converged on the racing line around the bend, but there was little chance of contact at this stage. Oxford continued to pull away until Chiswick Eyot was in sight, with UL being washed down by the Dark Blue crew. UL mounted a final challenge, increasing their rate and pushing on to the finish, though the Oxford crew crossed the line with a lead of around four lengths.
After a confident victory against a strong UL crew, OUBC now have three weeks to add the finishing touches to their performance in time for The Cancer Research Boat Race on March 24th 2018.