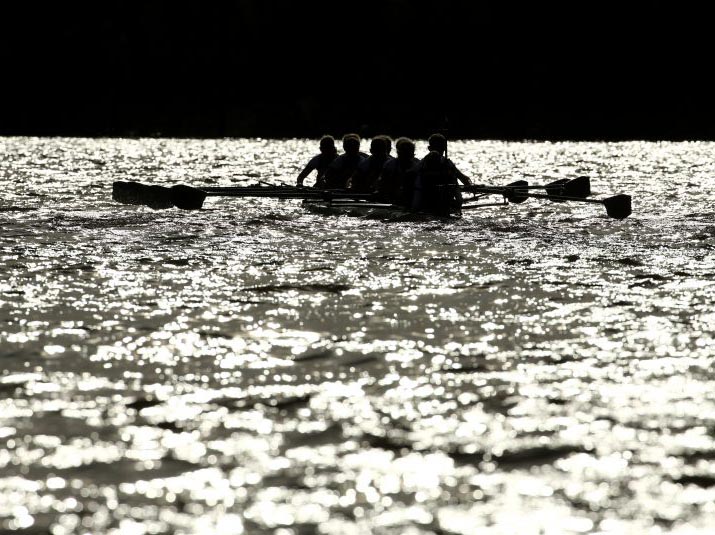 The Great Britain Senior & U23 trials took place last weekend, comprised of a two-kilometre ergo test and five-kilometre time trial on the Boston course. Several current Oxford & Cambridge athletes took to the water to test their mettle in one of the first match-ups of the season.

On the women’s side, Cambridge boated two pairs; Pippa Dakin and Amelia Perrin finished sixth overall whilst Megan Lloyd-Palmer and Patricia Smith were eleventh. They were also represented on the sculling side, as Imogen Grant finished second in the lightweight single sculls. Former junior European medallist Emma Andrews finished 13th on the heavyweight side whilst Rachel Elwood also competed and raced to a 52nd place finish.

Leading the men, Oxford duo Tobias Schroder and Felix Drinkall were overall winners of the five-kilometre trial, coming home in an impressive 16 minutes and 12 seconds. In fourth were Robert Hurn and Freddie Davidson of Cambridge whilst Vassilis Ragoussis and OUBC president Iain Mandale finished ninth. Cambridge had six crews in the top 30, with 2016 Blue Charles Fisher ending the trial in 14th place alongside Dara Alizadeh.

Joshua Bugajski swapped one blade for two, as he finished third in the men’s singles. Benedict Aldous also choose to scull, ending up in 51st position.

The next competition for the squads will be the Fours Head, which takes place on the reverse championship course on Sunday 12th November at 10:45am.