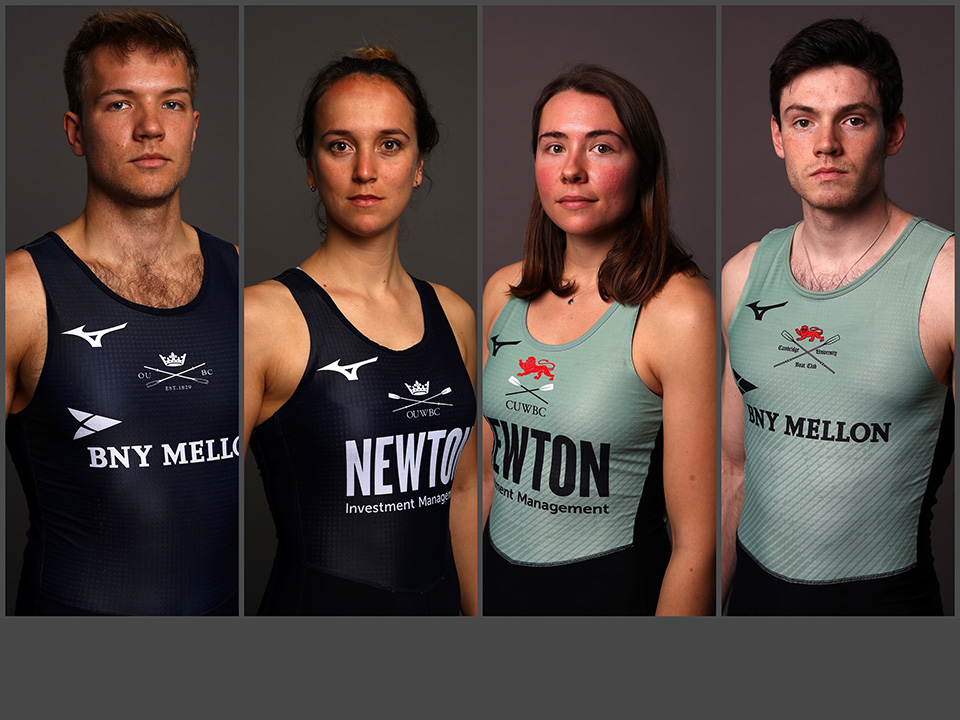 The President of each Club plays an important role in leading the squad throughout each season.

OUWBC elected Tina Christmann. Tina, Wocester College, was in the 7 seat of the 2019 Blue Boat and is in the final year of her MPhil Biodiversity, Conservation and Management. German Tina started rowing at 11 when friends convinced her to go training with them. Years later Tina progressed to more performance centred rowing club and went on to represent Germany at the 2013 and 2014 Junior World Championships and the 2015 and 2017 U23 World Championships.

Commenting on her new role, Tina said: “For me the presidency of this historic club is a big honour and is my chance to give back some of the support and leadership that I have received throughout my entire rowing career. And to some extent it is also personal satisfaction, because I want to be sure that I was able to have the highest influence and contribute everything in my means at all levels to positively shape the club in the longer term and of course to win The 2020 Boat Race. I’m looking forward to a season with a bigger and better team, with more competition within the team and to setting a spirit of high ambition and will power.”

For the Light Blue side, Larkin Sayre will take on the role of President. Larkin was in the 4 seat of the victorious 2019 Blue Boat and is doing a PhD in Materials Science at Emmanuel College. Despite growing up in Cambridge is wasn’t until Larkin was at MIT and her roommate encouraged her that she gave rowing a go. Now rowing makes her feel strong and able to tackle the other challenges in her life.
Larkin commented: “It’s an honour to be CUWBC President this season. I am loving it so far! As president, I get to see under the hood of how the club is run and see the impact of the changes we introduce, which is really satisfying. I work with a committee of student leaders to run the team and they are absolute superstars. I’m finding that it’s crucial to work with people that you can depend on!

Looking ahead, I am most excited about the challenge that this new year brings. There are lots of new faces, all from different places and experience levels. Blending us all to be one team is going well so far. I am excited to see how far we can progress over the next 7 months.”

OUBC’s President for the 2019 season will be Augustin Wambersie. Augustin, St Catherine’s College, was in the Stroke seat of the 2019 Blue Boat and is studying MSc Engineering Sciences. Augustin was the first Belgian national to row in a Blue boat for 156 years although he hasn’t actually lived in Belgium. Augustin grew up in Rio de Janeiro where he learnt to row after deciding it was faster than sailing due to the lack of wind.
Commenting on his new role, Augustin said, “I’m stoked to be back for another year at the OUBC and have another opportunity to race in The Boat Race. Being president is an added challenge, but I feel honoured to have been chosen for the role, knowing the guys will have my back. I will do my best to build upon the foundation developed over past years to get Oxford across the line first in the upcoming Boat Race. I am grateful for all the support we receive throughout the year, particularly from those that have been where I now am. We couldn’t do it without them.”

Freddie Davidson will be CUBC President this season. This will be Freddie’s 4th year at CUBC and he will be seeking a third Boat Race victory. Freddie is in his final year studying Engineering at Emmanuel College. Freddie’s grandad rowed for England and won two Commonwealth Games medals in Vancouver in 1954. Freddie started rowing alongside his friends while at St. Paul’s School and has since gone on to represent GB at both the Junior and U23 World Championships.
Freddie commented: “It’s a massive honour, if slightly daunting, to take up the position of president. In my mind the history of The Boat Race is one of the reasons it is such a unique and special contest and I am keen to build on and learn from previous campaigns and crews. However, what I am most excited about is to be a part of a group of student athletes that will define our own season, and I have the privileged position of helping to shape the culture of this year’s squad.”