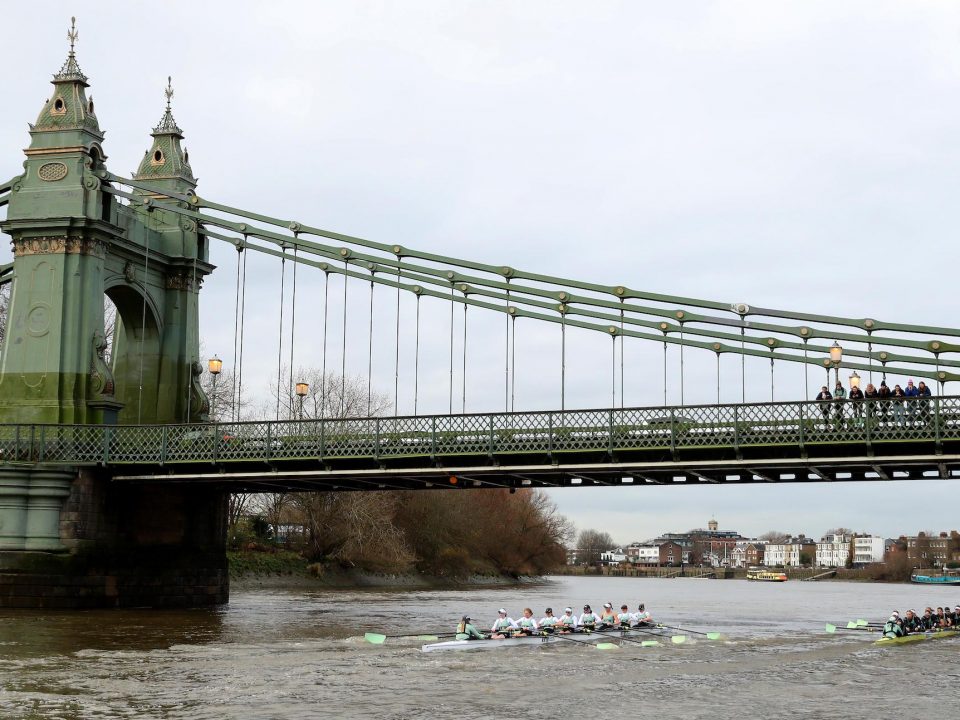 Curie were the winners of the CUWBC Trial Eights after a dramatic clash requiring the race to be restarted.

Suttner had won the toss and chose the Surrey station. Curie took the early lead which they held on to until the approach to Hammersmith Bridge where Suttner put in a big push to draw level to take advantage of the Surrey bend. As the raced past St Paul’s the crews were virtually level and there was a period of very tight racing with both crews keeping Umpire Richard Phelps busy with warnings and instructions for both crews to move apart.

The crews were still level at Chiswick Eyot, but unfortunately a blade clash half way down the Eyot caused Sally O’Brien at bow to lose her blade and come off her seat. Curie took advantage of the clash and rowed away. After consulting with the Coaches, Richard Phelps stopped the race and after checking that both the rowers and the equipment was OK, the race was restarted just before Chiswick Pier.

The race stayed close, but with the crews keeping well apart with Curie leading by ¼ length at Barnes Bridge. Curie then took advantage of the Middlesex bend and rowed away from Suttner to open up clear water and cross the line first. Catriona Bourne, the cox of Suttner raised her hand at the end of the race to raise a protest, but Richard Phelps declared the result would stand.