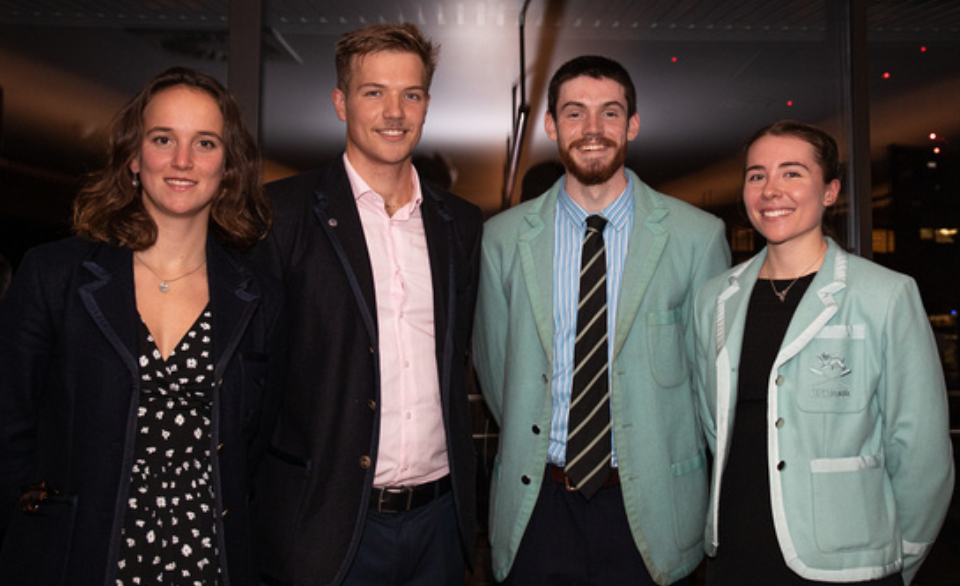 Representatives of Oxford and Cambridge men’s and women’s boat clubs met yesterday for the Presidents’ Challenge. Hosted by three-time Olympic gold medallist and Old Blue Andrew Triggs Hodge at the Chapel Down Gin Works, special guests and alumni were invited to witness the challenge and celebrate this traditional moment in the season.

All four squads are in action this weekend at the Fours Head of the River, which will be the first chance supporters get to see the athletes compete against each other.