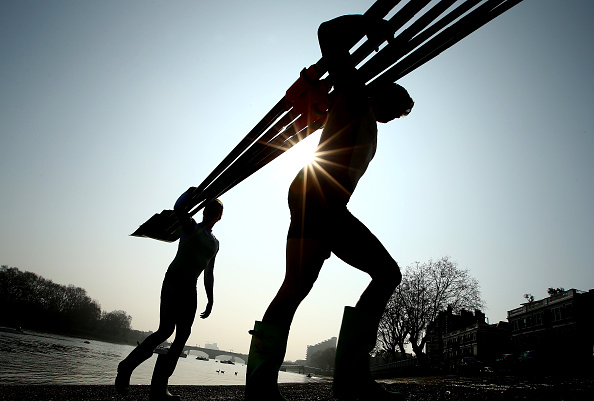 With just under seven weeks until all eyes in the rowing world turn to the championship course in London, Cambridge University have been gaining valuable racing experience on the equally famous stretch of the Thames in Henley. The men’s squad entered two Eights and faced fierce competition from Leander Club on their home water. Goldie Davidson claimed the headship and were the fastest crew of the day, beating Leander Club by 13 seconds, who in turn were a second ahead of Goldie Mitchell. James Cracknell made his racing debut for Cambridge and sat at 2 in the top Cambridge boat. Henley Fours and Eights Head also saw the Lightweight Women of Cambridge take to the water. The Light Blues were the second fastest Women’s Eight behind home favourites, Leander Club.