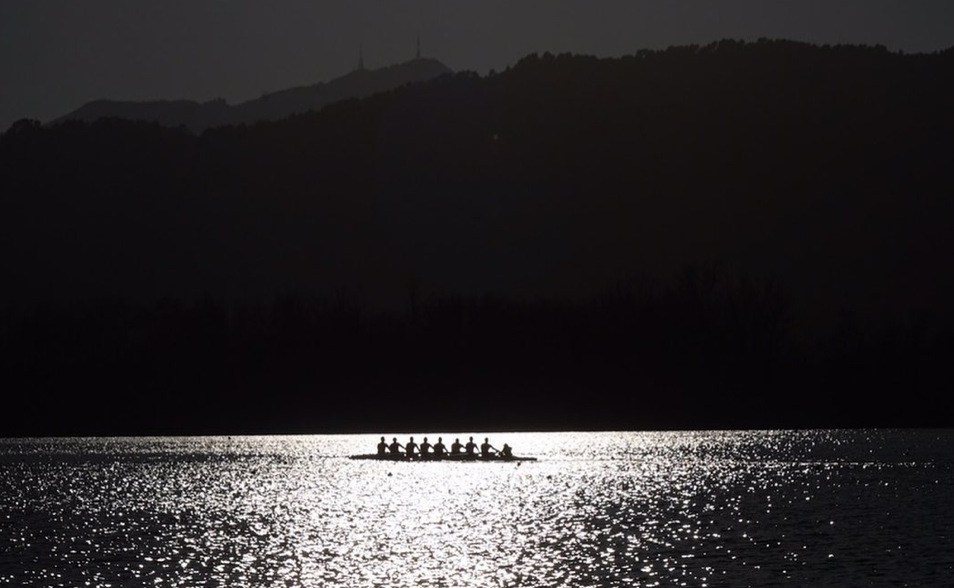 CUBC’s Banyoles camp has become a fixture of the season for good reason. Swapping grey Ely winters for the sun of Spain, it is the perfect place for us to develop as athletes and for the coaches to assess and further select the squads for the Boat Race crew. The Club has been at Banyoles every January for over 25 years, and it’s a home from home with Jordi, Guillem, and the team who support us through ten days of three sessions a day of training, tech, and seat racing. Every day of the camps draws us closer to the final crew who will represent CUBC on race day.

For most of us, it’s not just rowing at Banyoles. Although it’s out of term, study and assignments continue and the afternoon and evening balance sleep with study. It’s interesting to contemplate my final year project to the strains of snores from my room mates. For a couple of members, exams meant that they had to return to Cambridge early and enjoy the delights of Goldie on their own.

Responding to the challenges of study and training is what makes a Boat Race crew, and I’m hugely impressed by this year’s squad and how we have bonded as a squad and focused. There’s a clear remit from our coaches and it’s eagerly been taken up by the squad, our largest in years. The strength in depth this year has enabled us to boat a third eight, which will develop our younger athletes and will represent CUBC at the Head of the River Race.

Looking ahead, the task is clear: Produce a winning performance on March 29th. The Lent Term is a tough one. Work increases on water and in the classroom. It’s still dark and it’s still cold. But we have clear points of focus for the next few months. We will tick off our goals each day and test ourselves against domestic and international competition. Fixtures against Imperial College, Oxford Brookes, and a German 8 for the Dortmund Training Centre will harden our crews and expose us to the fire of side by side competition