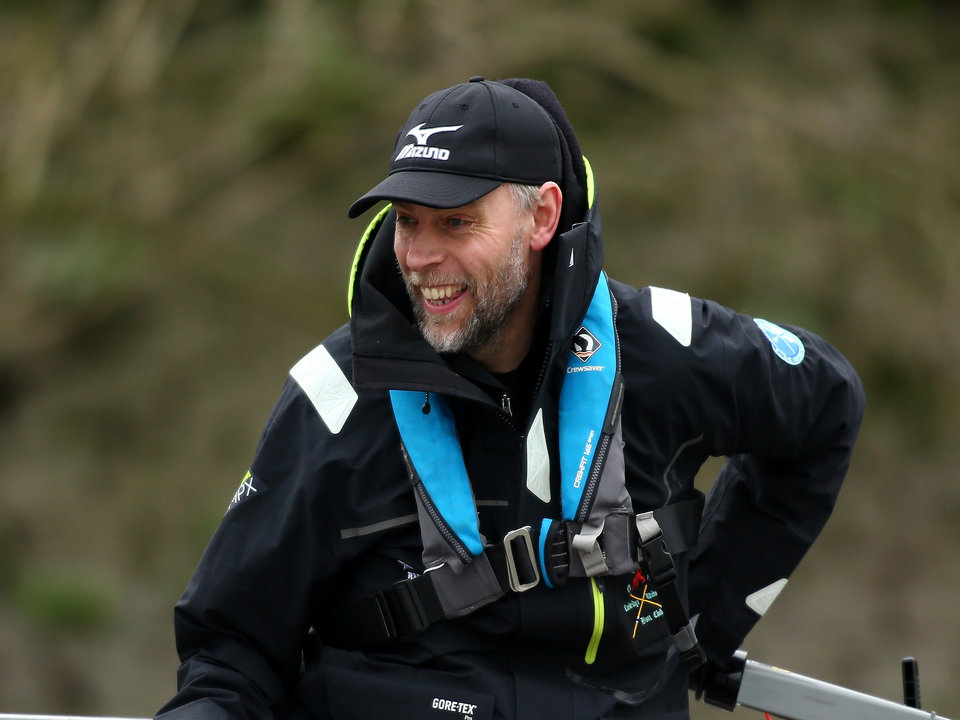 Steve Trapmore signed off his Cambridge tenure in spectacular style by securing an emphatic victory for his crew in The 164th Men’s Boat Race. Trapmore, who is joining the national team, secured his third victory as Chief Coach at Cambridge University Boat Club, beating Oxford by three lengths over the Championship Course. To complete the happiest of endings, the Light Blues also won the Women’s and both reserve races, completing a clean sweep for the first time since 1997.

After a fast Oxford start, Trapmore’s crew seized the mantle to drive ahead approaching the end of the Putney Embankment. From that point on, they never looked back and continued to inflict damage on a the Dark Blue outfit who could not contend with the power and poise of the well-drilled Cambridge boat.

Speaking to the BBC after greeting his crew at the finish, Trapmore hailed the spirit and commitment of the athletes. “Every year, we try and review what we’ve done to improve,” he explained. “With this being my last year in Cambridge, I really wanted the boys to do well. They just stepped up and I couldn’t be more pleased.”

James Letten, the tallest man ever to compete in The Boat Race, now has a win to close the wounds of a loss last year. After the Race on Saturday he paid tribute to Trapmore. “He’s the best coach I’ve ever had across any sport in my entire life,” said the American. “Admittedly, I was quite terrible when I first turned up at Goldie boathouse but he’s changed my life on and off the water.”

President Hugo Ramambason will also end his Cambridge career with a win, having helped to lead the Light Blues to a second victory in three years. “I remember walking into the Goldie boathouse when I first joined Cambridge – I was really scared and nervous when I first came in because I was meeting the Chief Coach for the first time,” said Hugo, speaking at the press conference after the Race. “I met Steve and he was disarmingly nice. He’s more than a coach – he’s really a mentor to a lot of us. I will always remember the ethos he lives by and the one he tells us to live by, which is work harder than anyone else and take nothing for granted. We’ve been hugely fortunate to have him as our coach and so many guys would say they’re not just better rowers but better people through spending time around Steve.”

Trapmore’s legacy at Cambridge is a reflection of the hard work and charisma that the former Olympic gold medallist has brought to the camp; the sight of the athletes chanting his name as the launch arrived back at Mortlake demonstrated the effect he has had on every aspect of life at Cambridge. He leaves behind a healthy program, with strong foundations and a bright, Light Blue future.